STUDY IN SUMMER: HIDE AND SEEK

Summer set lip to earth's bosom bare,
And left the flushed print in a poppy there.
~Francis Thompson, "The Poppy," 1891
Although Summer is half over, I've been collecting days like drifting leaves, both in my memory and with my camera. It's a bittersweet chore because I know these days will be gone in a single breath, replaced by school clothes, pumpkin carvings, and Christmas plays. Hopefully these Summer journals will one day remind my children that although summers in Virginia were hot and lethargic, they once found an unbounded joy in just being. 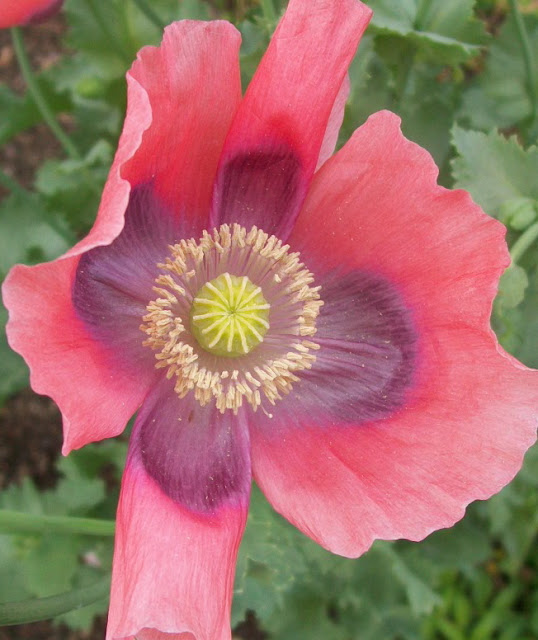 Hide and seek is a favorite with my children and their cousins. A lot of time and effort goes into the hows and whys. And the goal of our first picnic a few days after school got out? To play the most intense H&S game EVER in the walled garden at Oatlands Plantation. 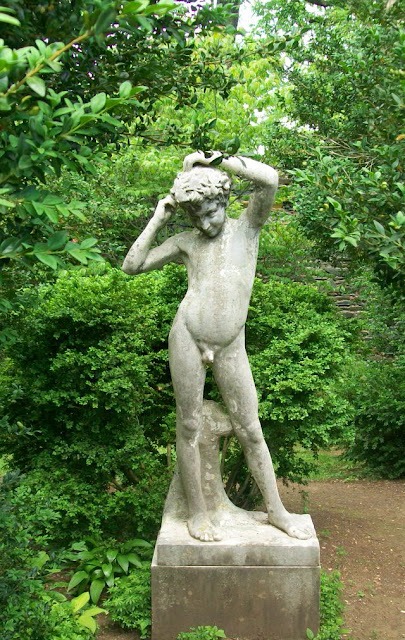 But first came the Serious Negotiation: Who will be on who's team? Girls against boys? Oldest versus youngest? How to evenly divide by age, experience, and speed. 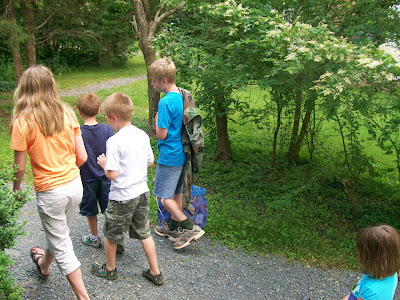 Strategizing by the reflecting pond with the Littlest, the Loudest, and the Oldest. 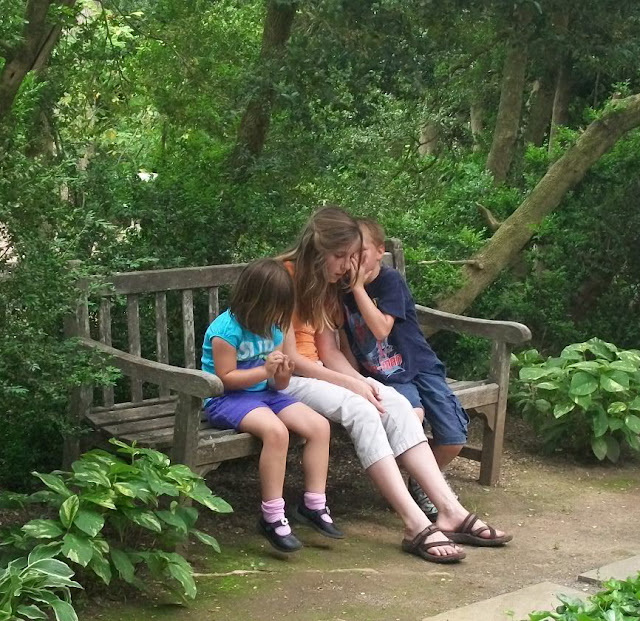 Then came the Great Hiding! But where? 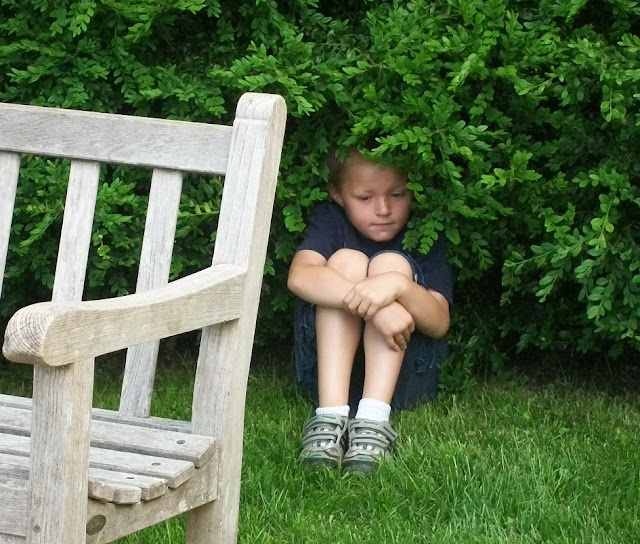 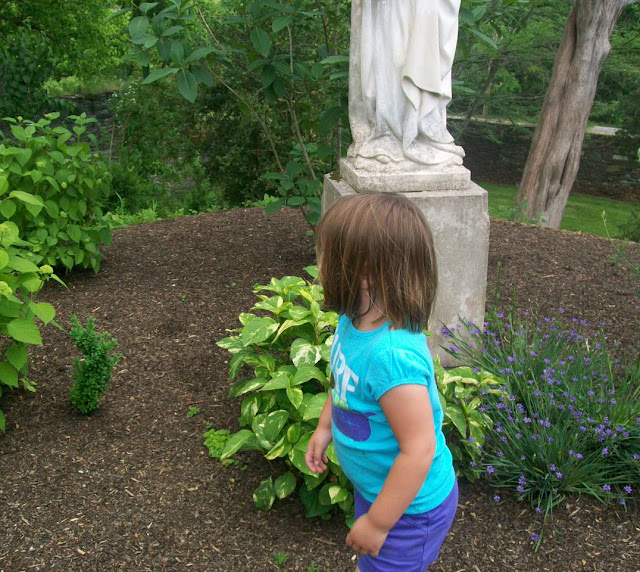 During the Great Hiding, I knew my part. Carry the food, restate the rules (no leaving the Littlest behind, no trampling flowers), and follow discreetly with my camera. I hovered in the rose garden keeping quiet watch on the smaller children while photographing flowers. 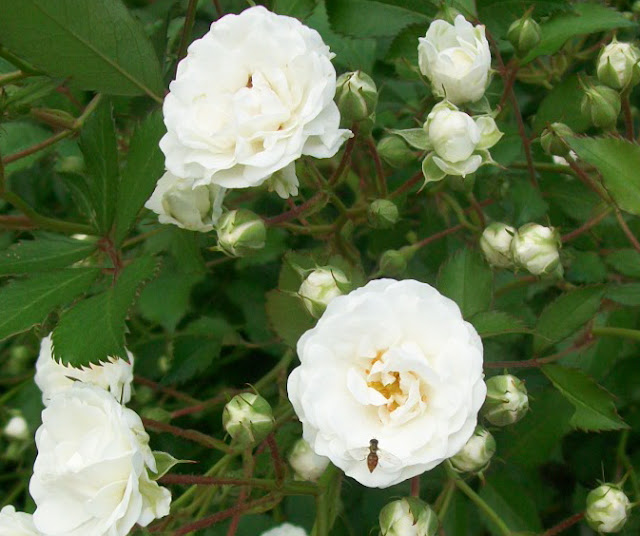 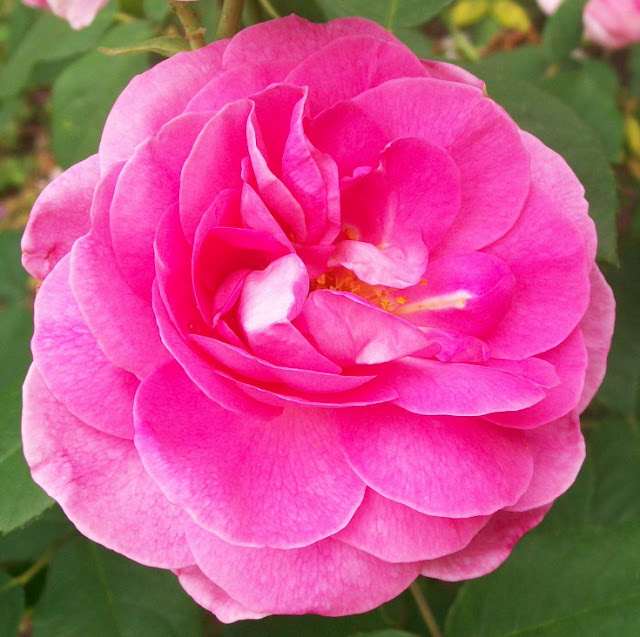 They were afraid my photographs of them would somehow be sent via super-secret satellite to the other team, giving away their exact locations, without realizing their laughter did a far better job. But once the first was discovered, the running commenced. 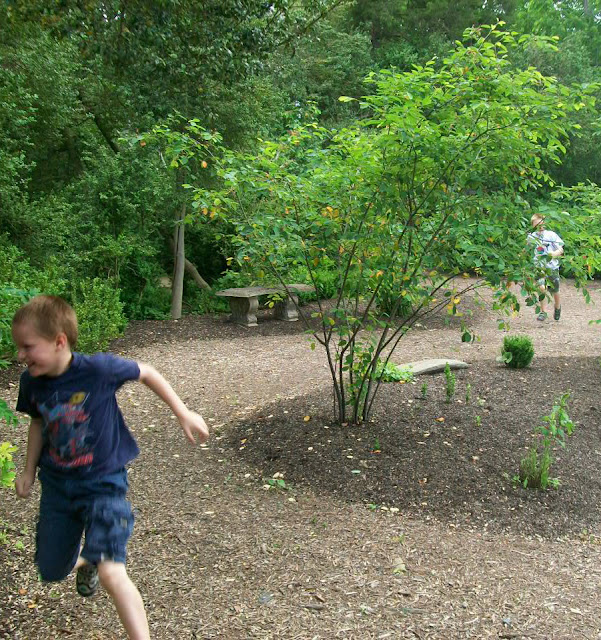 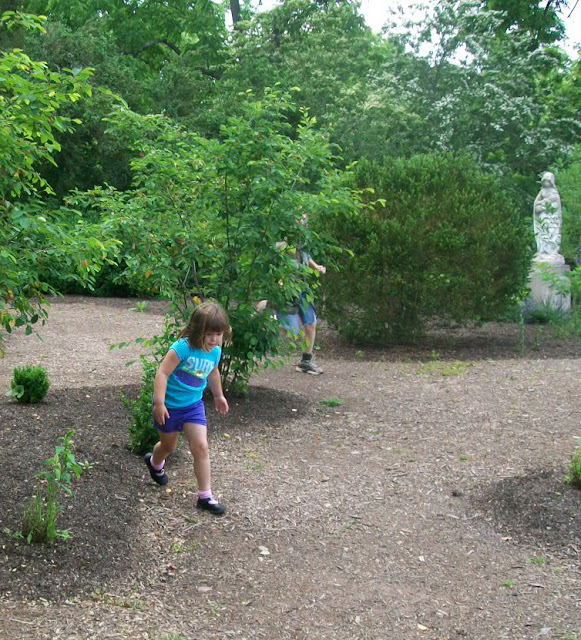 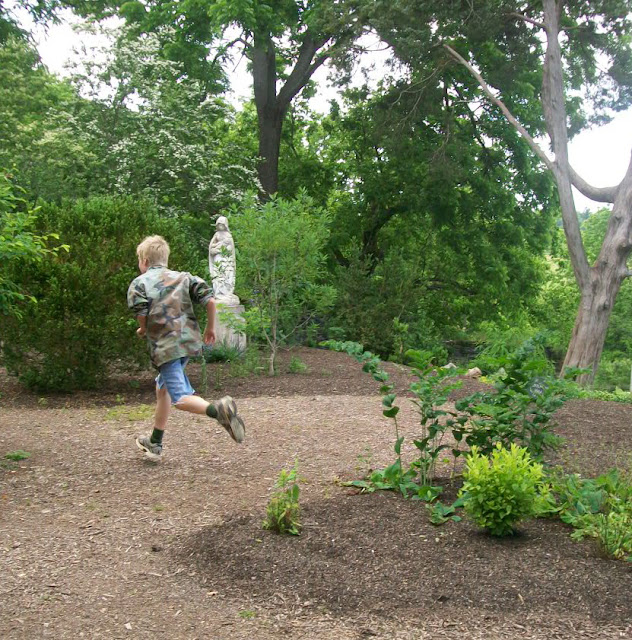 Time-out came fast and furious due to a butterfly flying by which the Littlest had to chase. 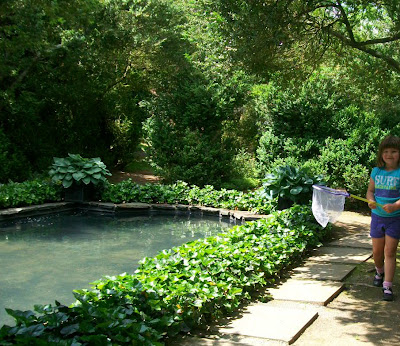 While the Quietest found a reflection in the edge of the fish pond. 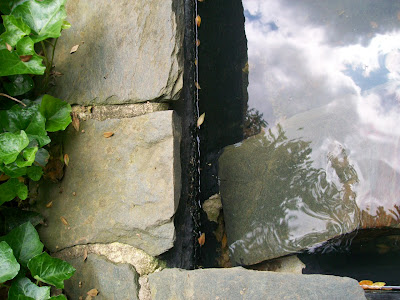 And the Oldest went to find the cooler filled with ice-cold lemonade. 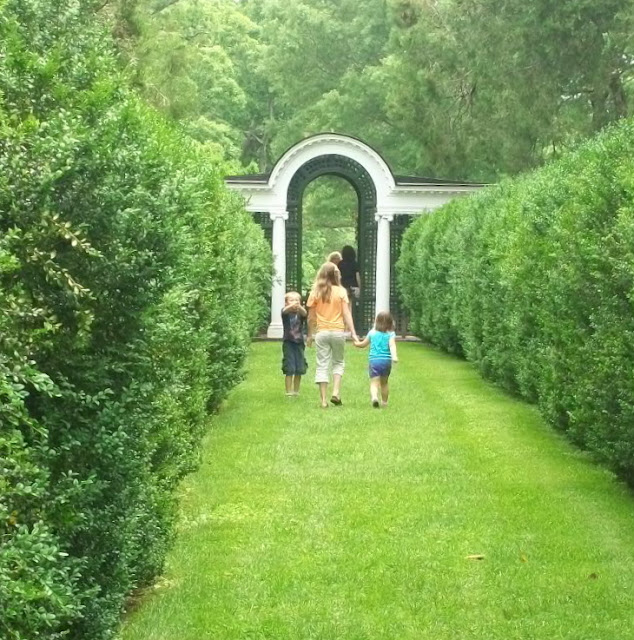 Once everyone had taken a break, we went to the Upper Garden (a staple of Colonial Revival Gardens in Virginia) where the Fastest began the hiding and running all over again. 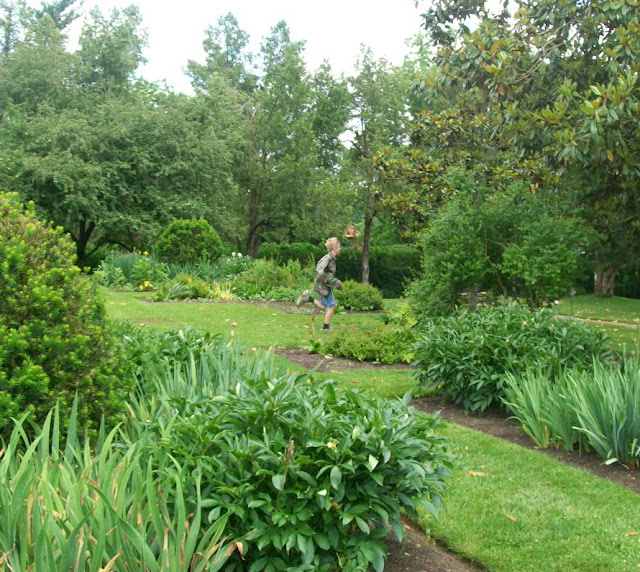 Meanwhile, I stayed nearby (despite their protests), snapping photos, waiting for the Littlest to trip or the Loudest to be reprimanded by the Master Gardeners who'd arrived for a class on boxwood-lined parterres. 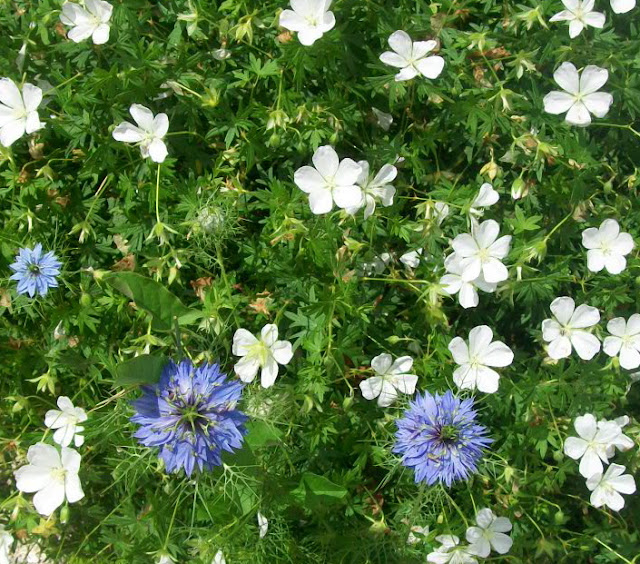 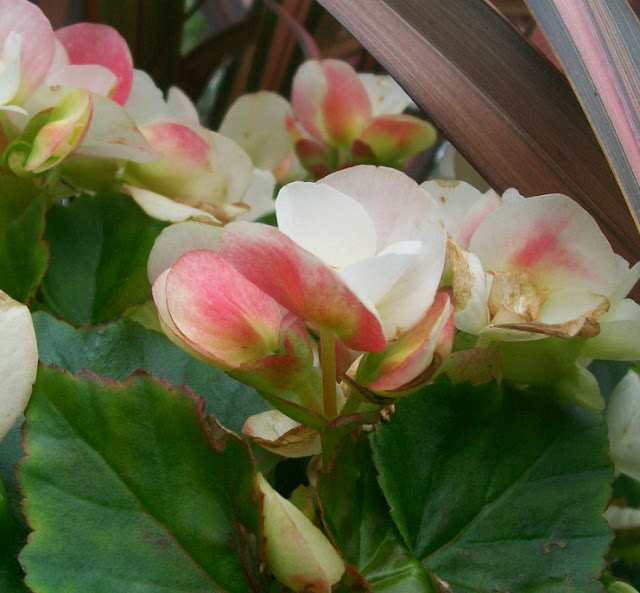 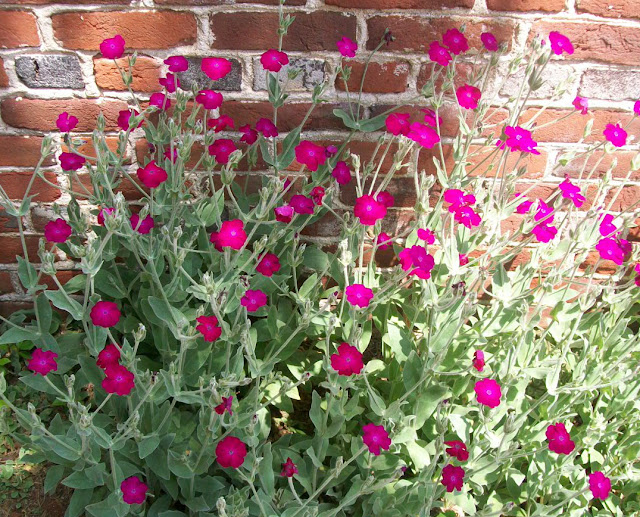 Finally, when the lemonade had disappeared along with the dozen brownies I'd tucked away, the Oldest called the day's game a draw while the Loudest decided it was time to go home. So we packed up, with promises to come back soon. 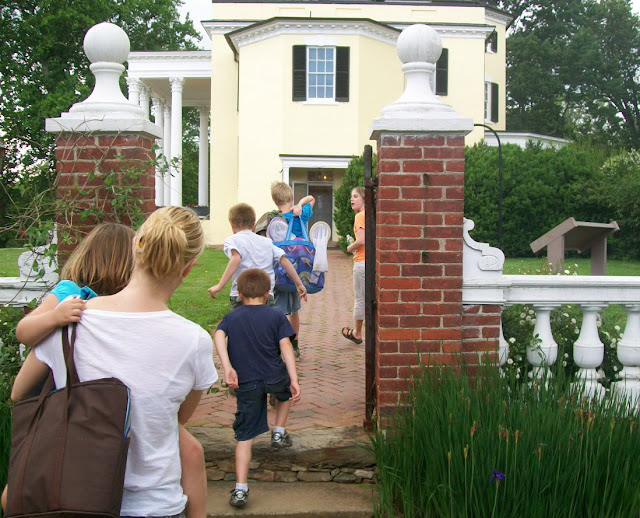 As we left, the children chattered about the weeks and weeks of summer ahead, anticipating the picnics and sleep-overs, and how school seemed years away. My sister smiled. She knew the truth. 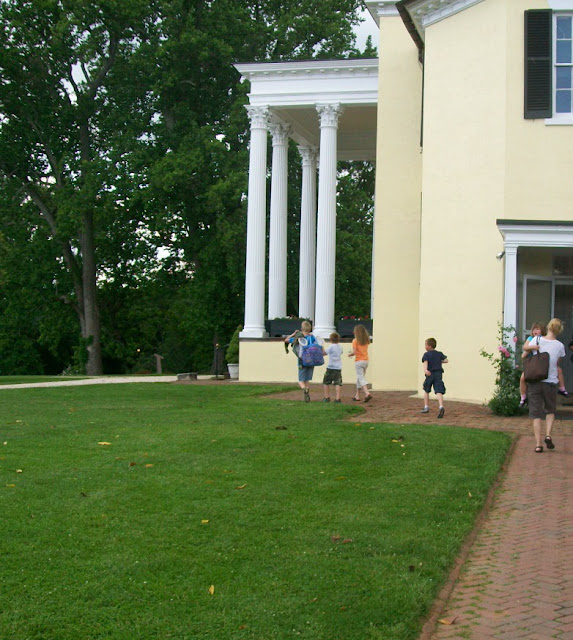 Time slips by quietly, hidden beneath the drone of summer crickets and the weight of unending humidity. And one cold November day, over silver trays of turkey and stuffing, she'll whisper to me, "Where did the summer go?" 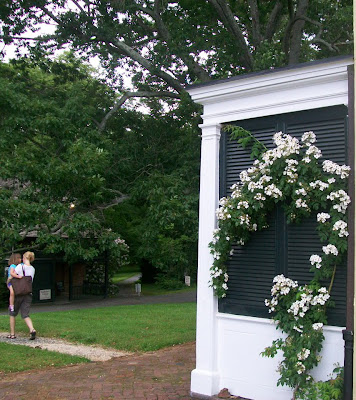 What is a "Study in . . ."?
A visual record defined by a single element, such as color, texture, or type. Previous journal entries include Studies in Purple, Stone Faces, Yellow, Bark, Iron Gates and Orange.

I hope your days of summer are filled with joy and ice-cold lemonade!