I've never loved the color orange which is why I gave myself the challenge of studying the color in a season other than autumn. (No pumpkins allowed!) 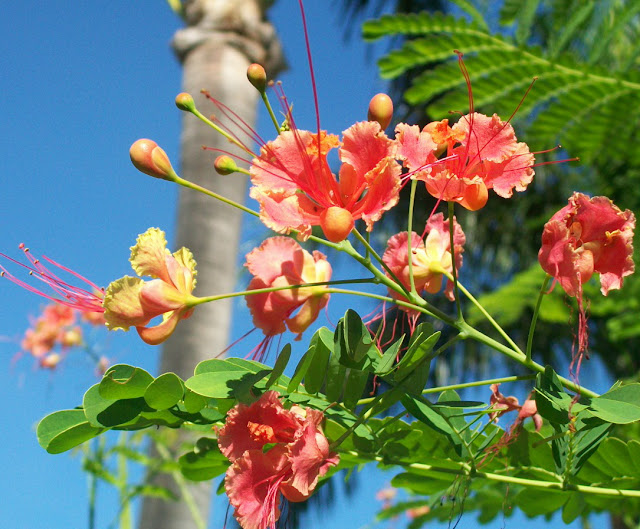 There was also the problem of having no literary device to combine with the color other than Willard Espy's poem,

"The Unrhymable Word: Orange"
The four engi-
neers
wore orange
brassieres.
As a study in enjambments (one or two syllables of a word added to another word to make it rhyme) the poem is clever enough. But not something on which to base a blog. So that means we're left with my humble thoughts. At least I have some photos to go with them. 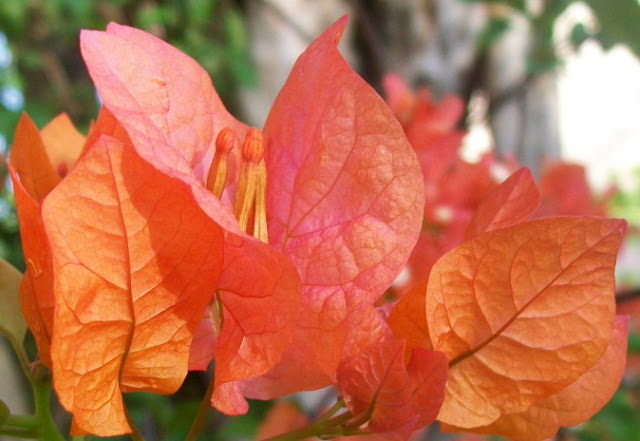 In Northern Virginia, this building would prove the need for draconian HOA rules. Except this house, sparkling in the sun, reminded me that not everyone is bound by the Mt. Vernon color palette. 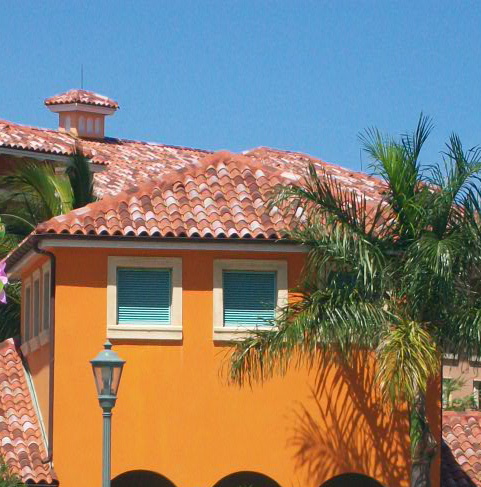 Two of my favorite girls. 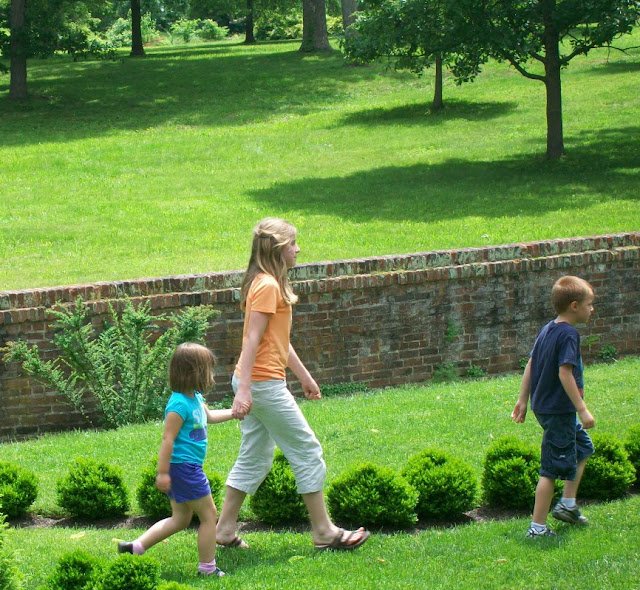 I was practicing with a different close-up setting on my camera and took twenty pictures of this flower. Too bad they turned out blurry. Thank goodness I snapped one photo on the basic setting or I would've missed this. 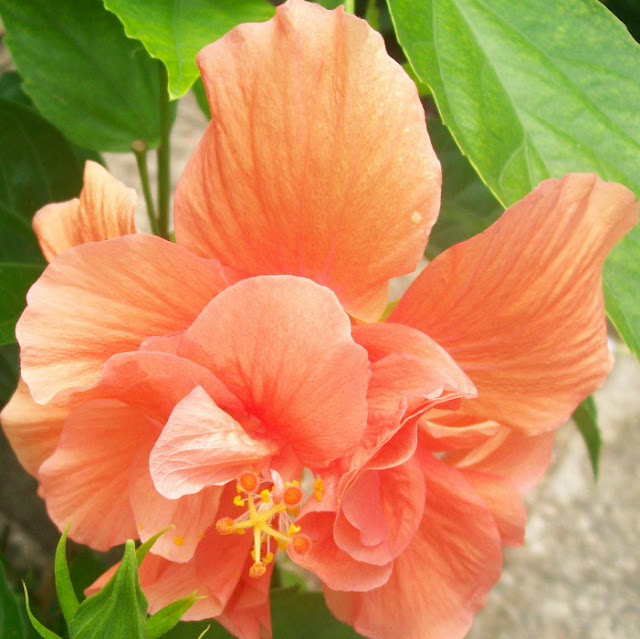 I love the color of old bricks. This building dates to the eighteenth century, but in Virginia that's considered modern. 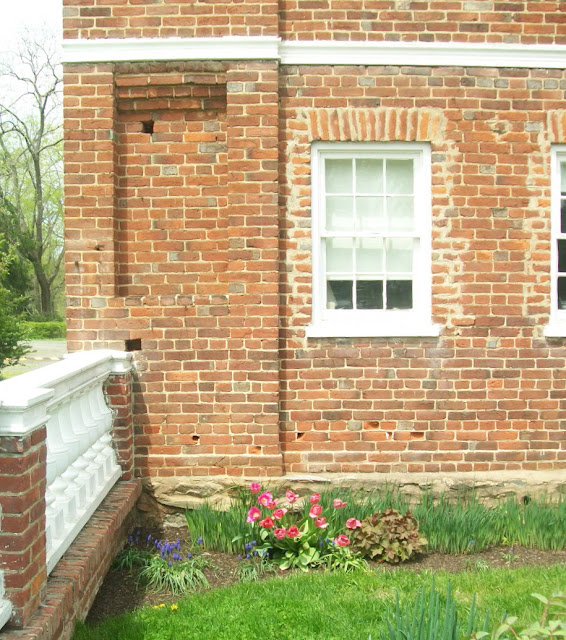 I'm pushing the concept of orange, but I couldn't resist snapping this picture to prove to my husband that sometimes overgrown weeds in my garden are a good thing. 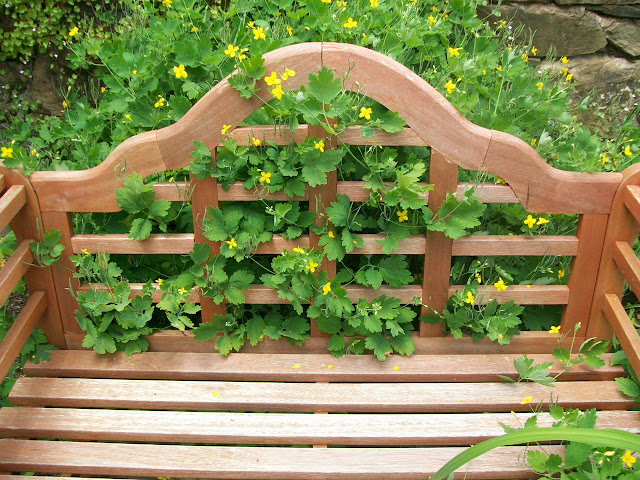 The irony here is lost since I don't have a picture of the pool. But the deep end of this adults-only pool rose to three feet. Max. 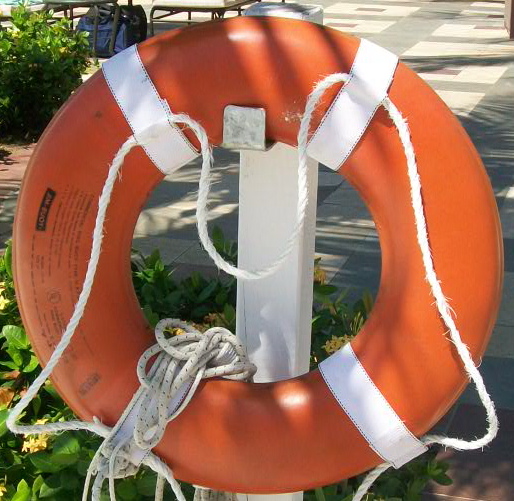 More tropical flowers. I have no idea what they are, but they were even more vibrant up close. 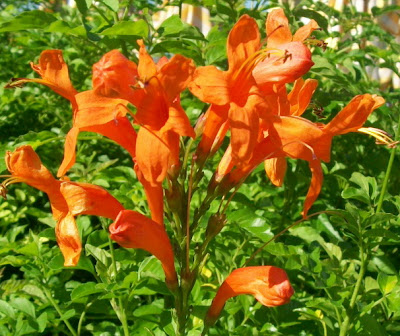 Shannon, a good friend of mine, once told me, "Never dress your children in clothes the color of pavement." It's been great advice. Not only do vibrant colors keep kids visible, it makes catching them in the edges of photographs a bit easier. Especially when they're always running away. 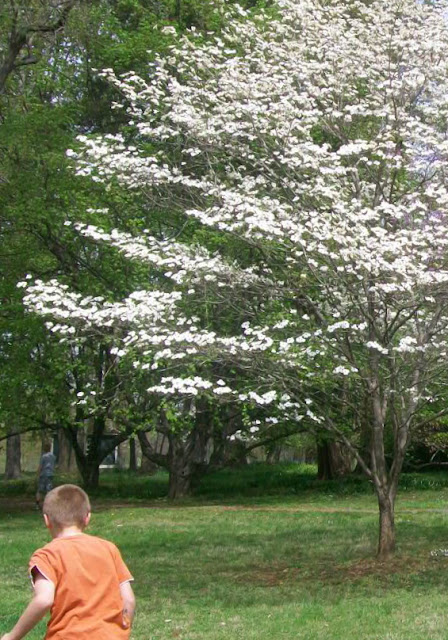 I'm so glad this roof hasn't been replaced yet. 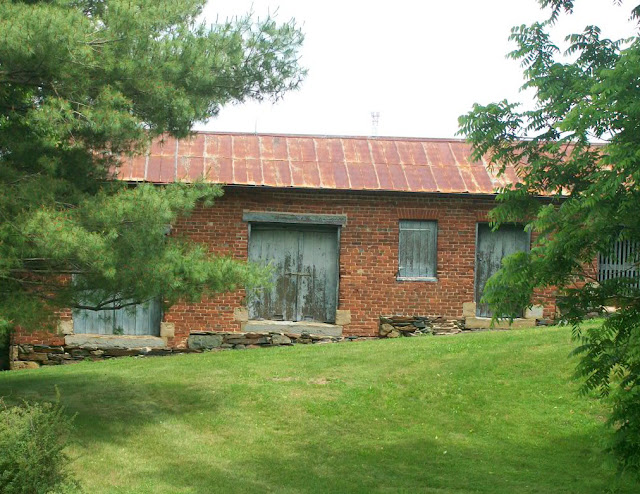 No idea if these are a fruit or a veg, but the color was so vibrant it made me consider repainting my dining room. 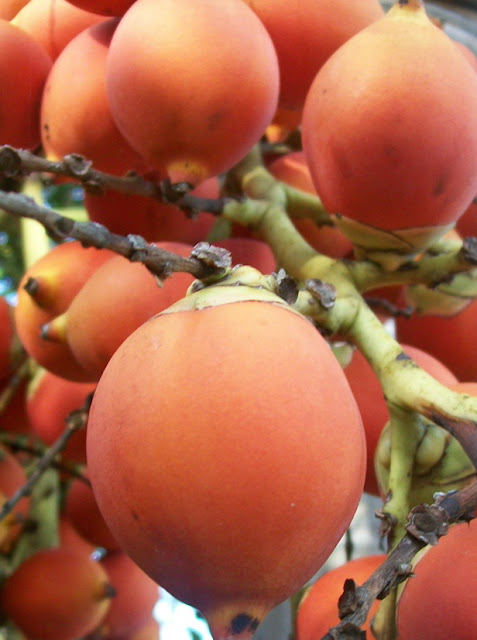 I love lavender, but had no idea when I took this picture the frame would show more orange than purple. 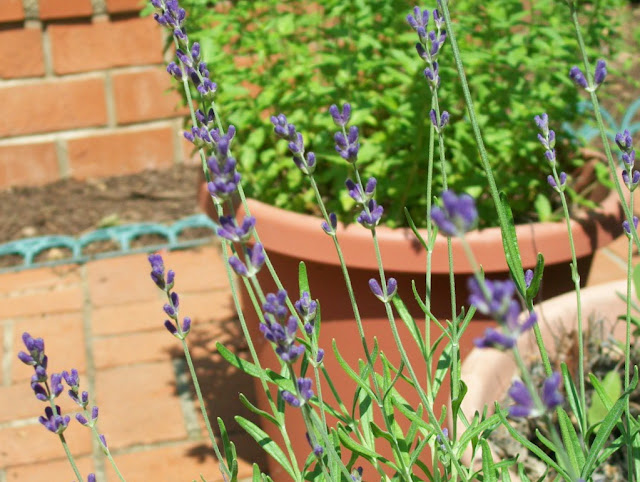 After a few days in paradise, I took the flowers for granted and almost didn't take this picture. These vines were so commonplace, they didn't seem special enough to warrant the time to pause. But I'm so glad I did. 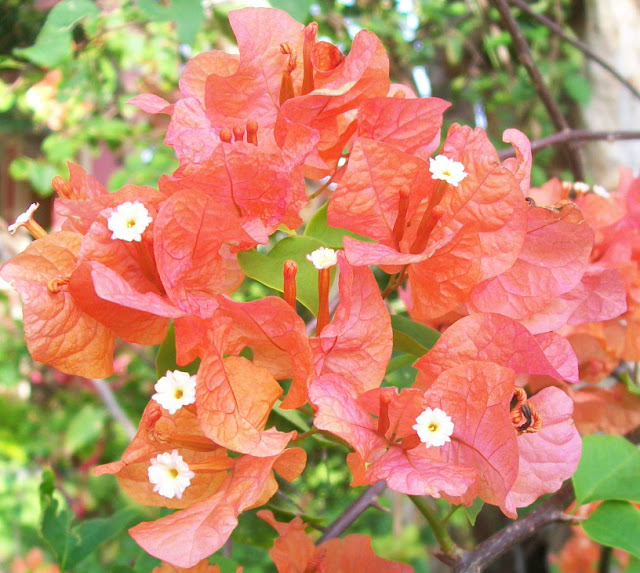 Sometimes color can be found in the most unexpected places, including an early foggy morning at the beach. 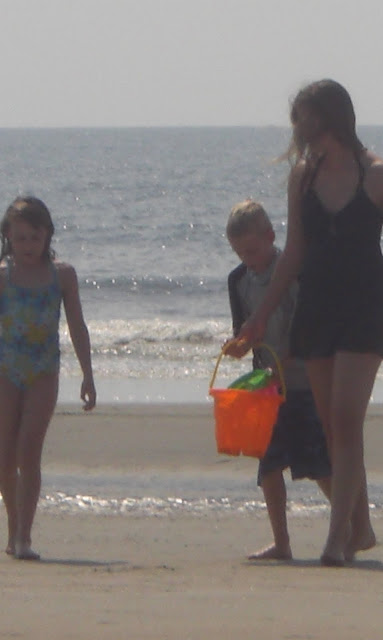 The water in the basin? Rust or divine compliance? 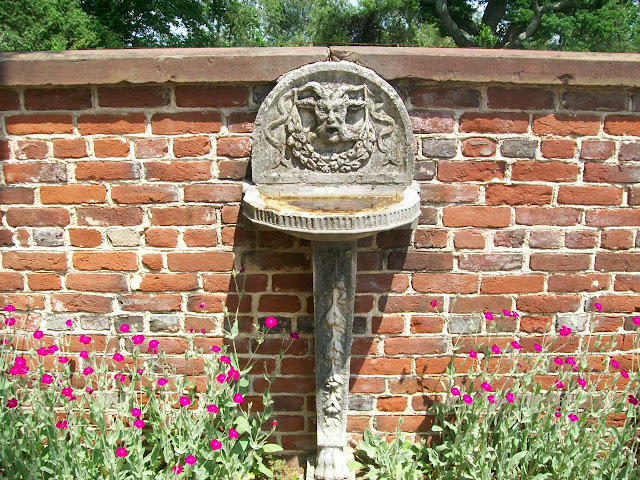 Color and coincidence: a few weeks after taking this picture, we were invited to dinner with Mr. Hunter deButts, the great grandson of General Robert E. Lee. Not only were Hunter and his wife Jane wonderful hosts, they let my children hold Lee family artifacts including a calvary sword. Too bad they're too young to appreciate the experience. 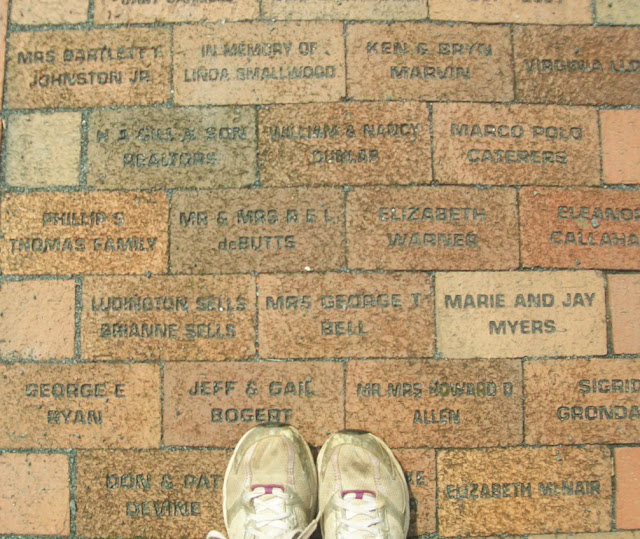 What is a "Study in . . ."?
A visual record defined by a single element, such as color, texture, or type. My previous journal entries include Studies in Purple, Stone Faces, Yellow, Bark, and Iron Gates.
I hope you enjoy them.
Sharon
Posted by Sharon Wray at 10:33 AM